Do You Know the Detailed Principle of Wire Cutting?

The CNC Machine Tool Manufacturer will introduce you the following principles of wire cutting:

In summary, due to the uneven distribution of the oxide film, the oxide film on protruding parts such as the burr on the anode surface of the workpiece is thin and can always be in contact with the fresh electrolyte, so the electrochemical reaction speed is fast; due to the uneven distribution of power lines, the anode surface of the workpiece Bursts and other protruding parts of the power line are densely distributed, the current density is large, and the erosion speed is fast. Therefore, the pulse electrochemical deburring process can achieve the purpose of quickly removing, dissolving burrs and forming smooth fillets. By properly adapting the tool cathode shielding technology, burrs can be selectively removed without affecting the original dimensional accuracy and surface quality of the anode surface of the workpiece. 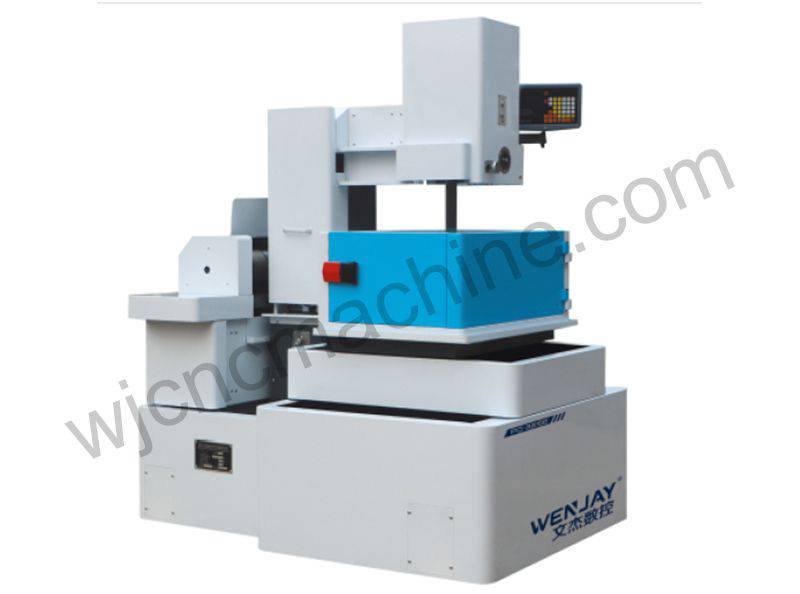 Key points of pulse electrochemical deburring process: There are many process factors that affect the effect of pulse electrochemical deburring, such as the reasonable design of the tool cathode, the selection of the pulse power source, the composition, concentration, pressure and flow rate of the electrolyte, the gap between the electrodes, Current density, processing time, flow field characteristics, etc. The tool cathode should be reasonably designed according to the specific burr situation. Care should be taken to apply shielding technology in the design to ensure that the original accuracy and surface quality of other non-burr parts on the anode surface of the workpiece are protected while the burr is efficiently removed. In addition, the basic principle of pulse electrochemical machining should be satisfied, and even if the electrolyte quickly and uniformly flushes the processed part, the flow field distribution should be uniform and reasonable. Since the surface quality of the electrode directly affects the surface quality of the deburred part, the cathode surface of the tool is required to be flat and smooth. Theoretical research and machining practice show that using pulse power instead of DC power for deburring can effectively improve the machining accuracy and surface quality.